QUINTILES SPOTLIGHT: “My Road to the 2016 Ironman World Championships”

QUINTILES SPOTLIGHT: “My Road to the 2016 Ironman World Championships” 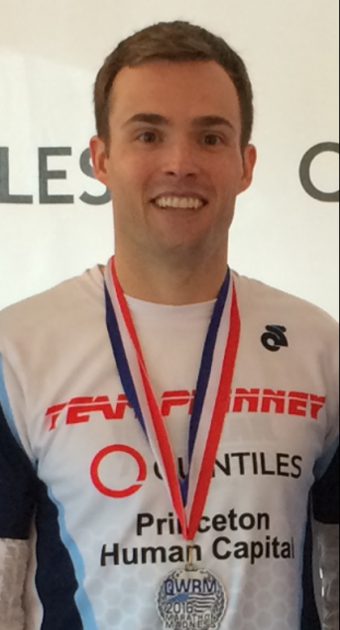 Last November my family flew to Tempe, Arizona to cheer me on during Ironman Arizona.  It was my first attempt at a full distance triathlon after competing in several Olympic and sprint distance races.  Both the swim and bike legs went well, considering the rainy 55° Fahrenheit weather. Unfortunately, things went downhill on the run, the third and final leg of the race.  There was a lot of suffering during the second half of the marathon, but I was able to finish with a smile on my face and qualify for the 2016 Ironman World Championship in Kona, Hawaii!

To better prepare for competing against the top amateurs from around the world in Kona, I knew my endurance on the run needed to improve.  With this in mind, I began researching appropriate races during the early part of the 2016 seaso to provide me with the motivation I needed to focus on my run.

Fortunately, after a conversation with Quintiles CEO Tom Pike, he invited me to participate in the Quintiles Wrightsville Beach Half Marathon.  As our Quintiles colleagues know, Tom is a true leader and sets an excellent example for us, using running to maintain a healthy lifestyle.  Participating at the Quintiles Wrightsville Beach Half Marathon provided the motivation for me to work on my run endurance.  In addition to great training, it was very impressive to see the tremendous goodwill the race event creates in the community for Quintiles.

Thanks to the Quintiles Wrightsville Beach Half Marathon, I am excited to see how the improvements on the run will translate at the 2016 Ironman World Championship in October!

Michael Phinney likes to compete in 6 to 7 triathlons across the US each year using them as mini-vacations with his family (e.g., Naples, FL and Washington DC in addition to Kona, HI).  He’s an Engagement Leader with Quintiles Advisory Services, and can be contacted at Michael.Phinney@Quintiles.com.