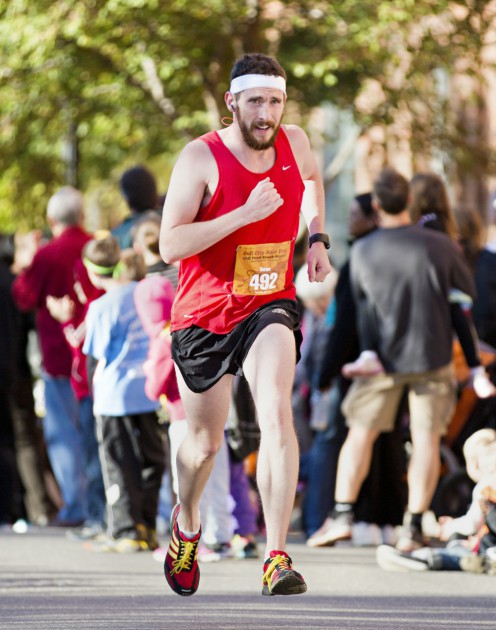 Twenty-nine-year-old Sean Chastain of Raleigh, N.C., is a solar tech with Yes! Solar Solutions in Cary who says he runs to stay healthy, push himself physically and stay sane. “I ran some when I was a kid, if you call flailing, scrawny legs running,” says Sean, “but around 23 it became a big part of my life.” He participates in road races from 10k’s to marathons and says his hardest workout is any morning training run. “At 5:30 on a January morning, you have to be just the right amount of crazy to get out of a warm bed and lace up!”

The coolest thing he ever found while running was his house. “My wife and I looked everywhere and couldn’t find the right one! All it took was a quick run down the street.” His most memorable moment came in a marathon when his wife showed up with his family to cheer for him at mile 5. “Talk about an energy boost. I had the biggest smile for the next 21 miles!”

“It’s a good, positive atmosphere,” says Sean. “Some races feel more like a punishment than enjoyable, but Bull City Race Fest was a good time. I recommend it to anyone, whether it’s their first or 90th. And you can pig out when you’re done. Doesn’t really get any better than that!”