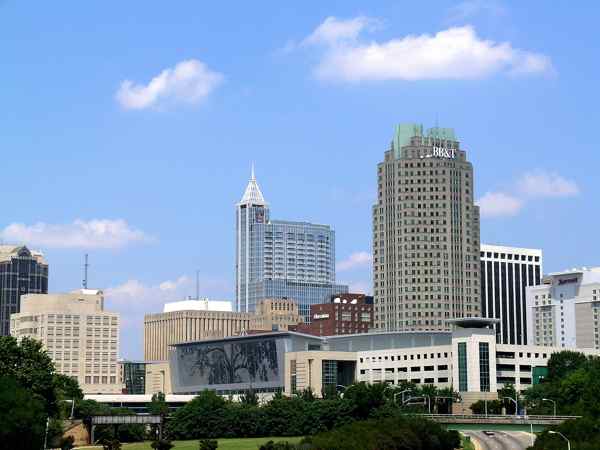 Weather: With an average of only 7.5 days of snow per year and generally mild winters, you can’t beat Raleigh and the Triangle for year-round training. While you’ll certainly need the right gear to ride in winter, Raleigh has an average high temperature of nearly 50 degrees F in January and an average low temperature of just under 30 degrees that month. In the warmest month, July, the average high is 89 degrees and the average low is 68.5 degrees. Raleigh experiences approximately 111 clear days per year.

Terrain: Runners will love Umstead Park and its seemingly endless combination of well-shaded hard-packed bridle trails and single-track. Run Reedy Creek Trail (bridle trail) from the West Gate to East and back again for a 9-plus mile jaunt that starts and ends with just over a mile of flats and has steep long hills mixed in the middle. You’ll pass a water fountain about a mile and a half in, or you can stop on Turkey Loop near the East Gate at another trail-side fountain. Get your single-track fix on the 5.87-mile Company Mill Loop. As for cycling, rolling hills with lightly traveled country roads are just a few minutes outside the city. New developments by Falls Lake have led to newly paved roads offering smooth and comfortable riding.

Economy: You need some dough to support your triathlon habit, and Raleigh and the Research Triangle Park do not disappoint in employment opportunities. While not immune to the nation’s economic downturn, Raleigh and Research Triangle Park consistently rank among the nation’s best economies by virtue of the virtually recession-proof industries of government, education, and health care. High-technology and medical corporations also play key roles and are attracted to the Raleigh-Durham area because of the outstanding educational and research facilities at area universities, including the University of North Carolina at Chapel Hill, Duke University, and North Carolina State University, which is home to the nation’s 10th-largest school of engineering.

6 races within 4 hours, including FS 100 and White Lake Half

Beach2Battleship is within 2.5 hours and Rev3 Columbia, Md., is within 5.5 hours