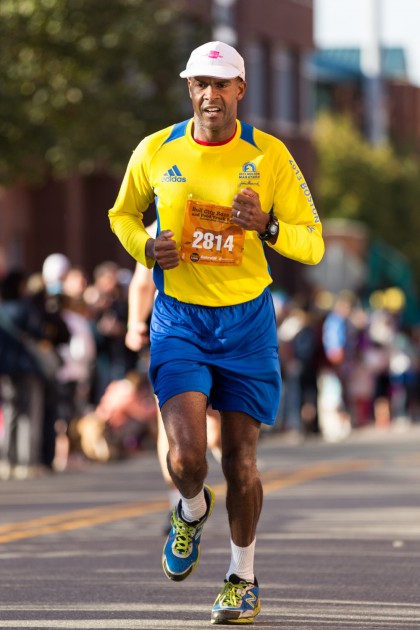 Forty-three-year-old Raymond Dobson of Durham, North Carolina, started running when he was 9 years old. Since 2000, he has run at least four days every week and has completed nine marathons and many shorter races, including more than 50 5k’s. His most memorable experience as a runner was participating in the Boston Marathon after qualifying for it twice. While he loves the challenge of a marathon, his favorite distance is the 5k. The customer-service representative and part-time loader for a shipping company lists his next goal as running a sub-20-minute 5k again. Dobson runs for his health and to keep in shape for races and refereeing football, basketball and lacrosse.

“The Bull City Race Fest & Food Truck Rodeo was great! I like that it was in Durham, where I live. The course had enough hills to challenge you but was

not too difficult. The volunteers were great, too!”