By Helen Wikmar and Emma Wanberg • Photography by Pierre Mangez

Setting off, on the day of the Ötillö World Championship, Helen and Emma knew that the race wasn’t going to be easy. Running and swimming a combined distance of over 75 km, the Ötillö race sees competitors run across – and swim between – the islands that make up Stockholm’s archipelago. But there’s a catch – you compete in pairs, tethered together by a rope. We spoke to Helen and Emma to hear more about their story, Synergy in Sweden, and the partnership that enabled them to conquer this 10-hour test of endurance. 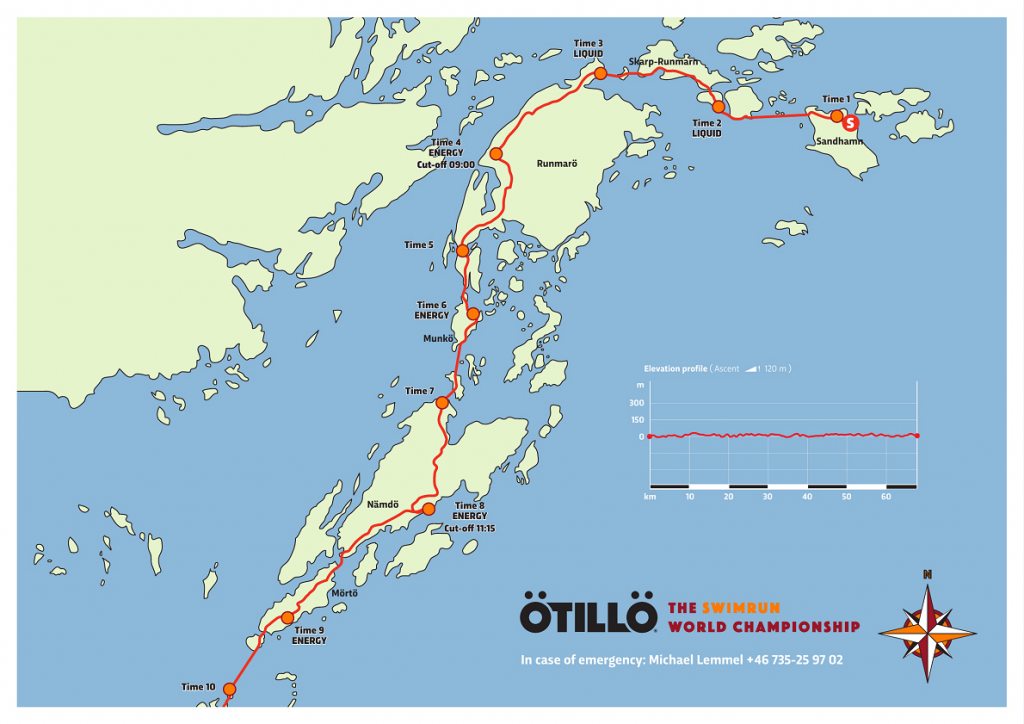 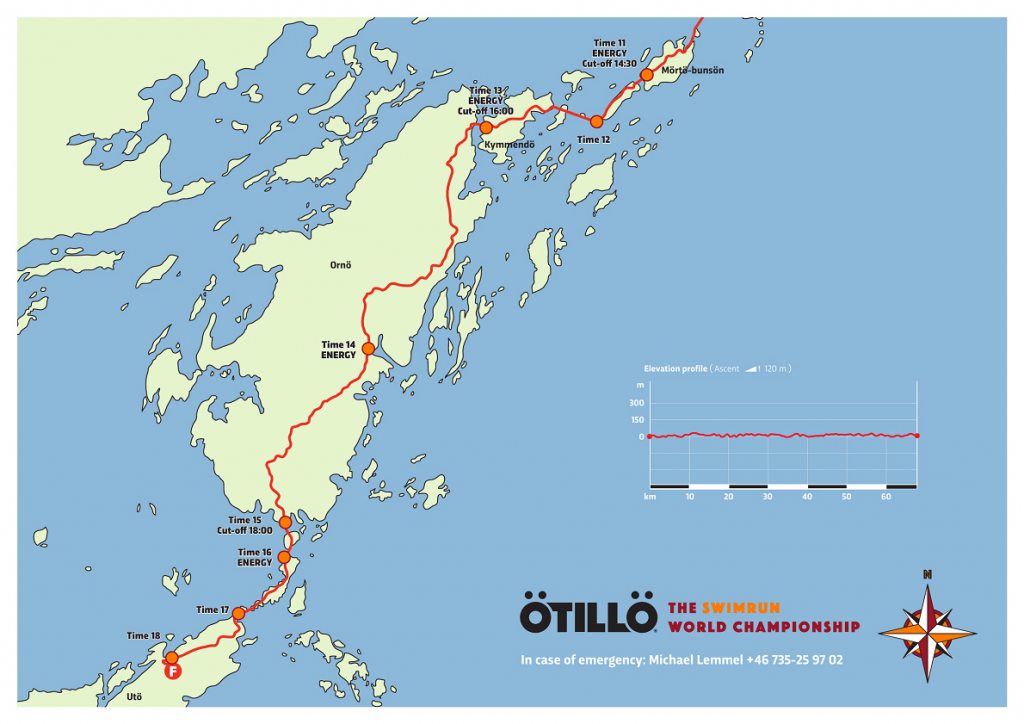 Ötillö is the origin of the swimrun movement. The jewel in the crown. Competitors swim and run from island to island (“Ö till Ö” in Swedish), over a route that stretches from Sandhamn to Utö in Stockholm’s archipelago. In total, it’s 10 kilometres of open-water swimming and 65 kilometres of trail running.

But unlike marathons, triathlons or Ironman races, Ötillö has one key difference – you must compete as a pair, tethered to each other by rope.

The reason I love the sport is that each race or training session differs from the next. The environment is unpredictable and so allows for an adventure each time. I also really like the team part of swimrun! When you are a team the race becomes a shared experience instead of just another race – I also compete in triathlon and Ironman races but they are more of a struggle than an adventure as you don’t have someone else to share it with! 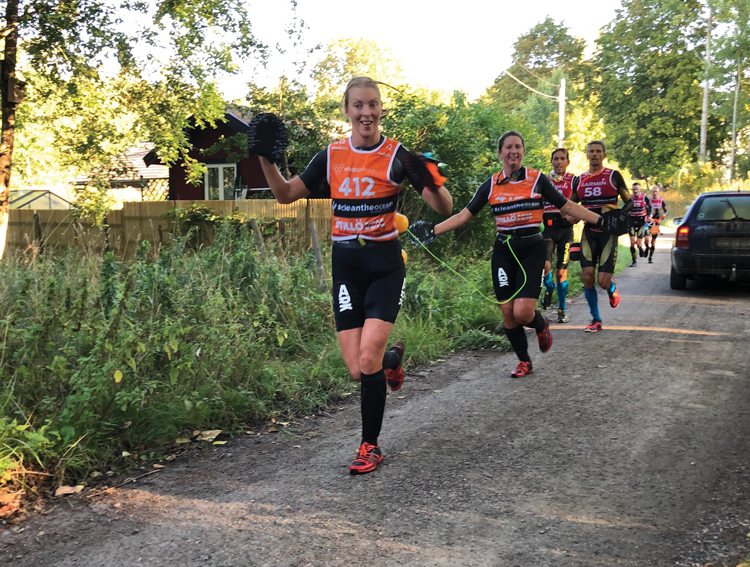 From the first time we met, the communication between Helen and me was very honest and straightforward. We can explain our thoughts and emotions in a very easy way, which is one of our biggest advantages as a team: it makes us take fast decisions and balance each other out when suffering dips during long races.

When you race for 6-10 hours, there’s no room for bad communication. It’s an advantage if you can understand your teammate with minimal communication since you’ll both experience lows. You need to know how to handle them to optimize the team’s effort.

Yes, definitely. You have to listen to each other and be humble about the fact that anything can happen in a race. You don’t have the same control as you have in an individual sport. I had reservations about asking Emma to compete with me. I had been training with her, but she was a more experienced swimrunner, stronger and faster. But I had a good feeling about the two of us.

We qualified for the Ötillö World Championships in our first race together in the Swiss Alps but soon after, I sustained a hip injury. My participation in the race became far from certain and I was crushed. I’d entered into an Ironman as part of my training but was very wary of my doctor’s advice to rest. I decided to compromise and do the Ironman but withdraw at the running stage.

I recorded my best ever swim and cycle, shaving 45 minutes off my time. It was set to be my best ever Ironman performance, and after completing the cycling I ran to the transition zone, tempted to continue. Then I saw the note I had placed inside my running shoes before the race: “You have a bigger goal than this – ABORT”. I ran… straight for the exit. My focus was Ötillö. I would do it. No matter what. 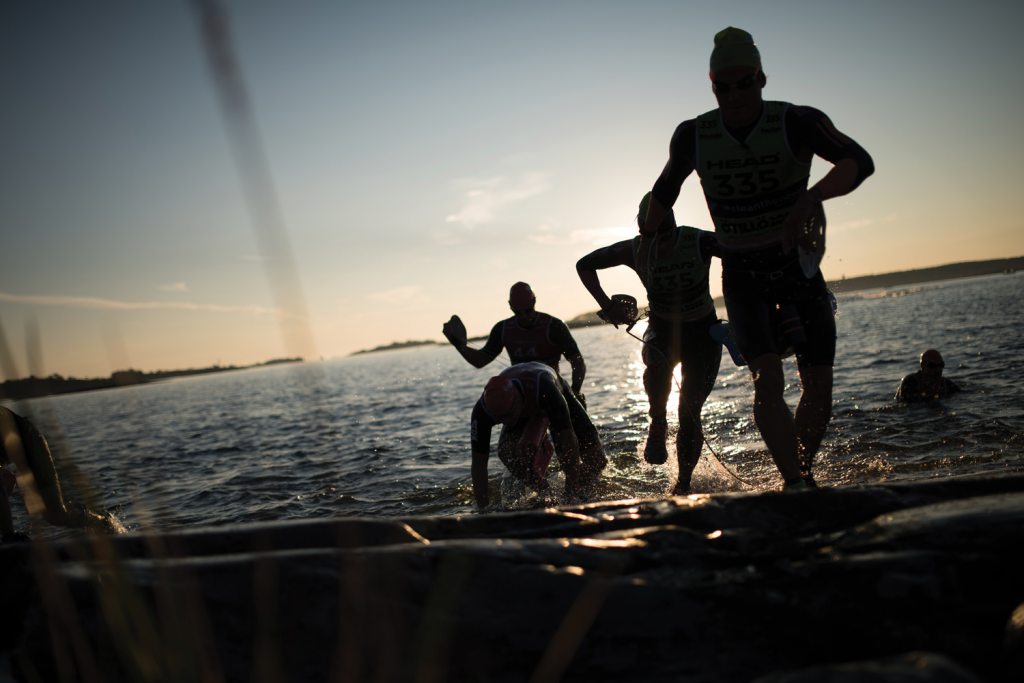 Helen had been going through a tough season following her injured hip, but she kept her head high. When she finally decided to start with me in Ötillö there was no turning back. To start and abort the race was not an option: if we start, we will go to the bitter end.

I was pretty sure I wouldn’t be able to start the race. I contacted a lot of girls to ask if they were interested in taking my spot. As a result of this, I performed an Ironman but after the swimming and bike part I decided to abort and focus on the Ötillö in two weeks’ time. That’s how much Ötillö meant to me.

Emma was supporting me and convinced me that we should do it together. At the starting line, I vowed to Emma that I would do my best for her, but I was anxious that I would let her down.

Before the race, I was a little worried that Helen might get overexcited, and that she would go too fast! She was like a panther, jumping from stone to stone, over trees, mud, gravel and hills. Meanwhile, I felt like a clumsy whale with poor stamina. I had to push myself to keep up with her pace. She was so determined. She wanted to OWN this race. And she did.

She had so much energy, while I had to focus to keep a steady eye on the road just to keep up. While I struggled, she was cheering with the public and giving high fives.

I always find the first 20 minutes of the race really hard, but then you sort of land in all the adrenalin and emotions and when this happens the race actually starts for me. That’s when I finally can feel some sort of control and perform according to the decided plan. I think I have some problems letting myself or others down. I don’t want to disappoint myself or anyone else. So that’s what’s keep me going even when I’m feeling terrible, and the voice within is telling me that what I’m doing is boring/hard/painful.

As we reached the first cut-off point on Runmarö island in sixth place, Emma revealed that her knee was giving her a lot of pain. As we tried to keep the pace, Emma’s knee pain worsened. Eventually, she could barely even walk, reduced to a limp. That resulted in my first mental dip of the day. But Emma showed no sign of giving up. With over five hours to go still, she fought.

When your partner is struggling but you are thriving, it’s tough. But when this happens I always surprise myself by getting even stronger. The mental and physical strength that suddenly explodes in my body is amazing, it’s like I understand that I have to be extra super-duper mega strong during these moments. I would like to think that I’m good at talking to my teamie so she gets through the low faster, but as one member of the team is thriving, it’s hard for the other to feel good if they’re struggling. But that’s why the partnership really comes into play and you have to support each other as much as you can to get through. 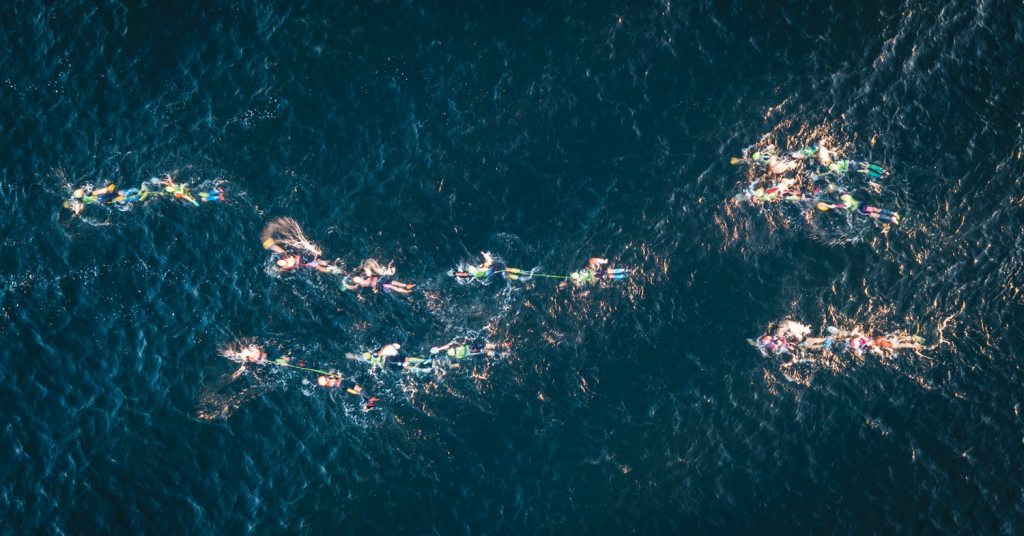 After the last swim, I somehow found power in my legs, so I took the lead with just one nod and we used our best team weapon: the ability to have clear and straight communication.

I could tell Helen was struggling now, so I pushed her to keep up the pace for the last few kilometres.

With the finish line in sight, it’s a punishing way to end after such a long journey. But Helen got some extra fuel from the public and we sprinted up the hill, emptying all we had. We pushed each other to the limit.

Nearly eight hours after we’d set off, everything was hurting. A lot. I swore. A lot. And I shouted to Emma that it was no longer fun. Emma began to count down how many kilometres we had left to each remaining checkpoint. And while she talked me out of my dark hole, the rope tying us together also helped: a physical reminder of our partnership. 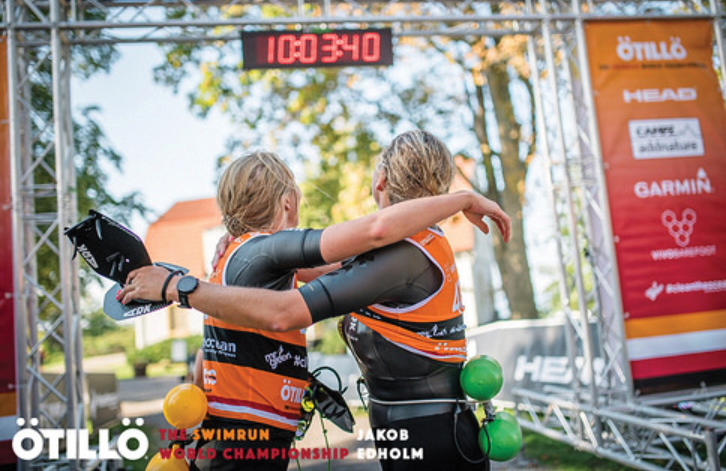 Emma continued her countdown all the way until the end: “1600 metres left, 1400 metres left, 1200, 1000, 800… HELEN! We can hear the crowds!.” I squeezed the last bit of energy out, crossing the line after ten hours, three minutes and 30 seconds. We had finished in the top ten.
The feeling of accomplishing something hard and difficult together as a team is magical. It’s hard to really describe that feeling. The race is hard. You have to push yourself to your mental and physical limits – racing for that length of time is not easy on either and it’s very easy to become demoralised and want to give up. But you have to remember that it’s for fun as well. In the end, it’s only a sport! If you lose the love for the sport, then it’s hard to perform at your best – and I love the fact that even though I’m 35, I can still get better and better!

To read more about Helen and Emma’s experience racing in the Ötillö Swimrun, visit discoverinteresting.com/endurance-series/synergy-in-sweden/.