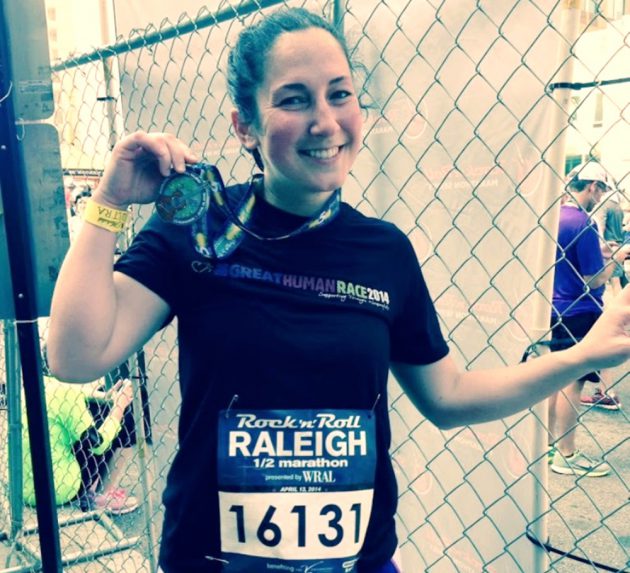 I started running for one reason and one reason only: I wanted to complete a 5K.

So armed with a Couch-to-5K program I began my journey. That was five years ago. That first 5K turned into multiple 5Ks, followed by a smattering of 10Ks, then my first half marathon in 2014. Now, I run for so much more.

I love running for the mental challenge. I can’t tell you how many times I’ve had to talk myself into lacing up my shoes and getting out the door. Convincing myself to run just that extra half-mile when all I feel is the stitch in my side and the weight of my legs. The feeling of overcoming that mental roadblock is such a sense of accomplishment.

Running has also seen me through dark times. In 2015 while training for my first half marathon, my marriage was going through a rough patch. Running was my time to work through my thoughts and emotions. There were times when I ran with tears streaming down my face; some runs were completed at warp speed as I worked through anger and hurt; other runs made me wish I could keep running and never look back.

It was in 2015, while training for my second half marathon when I realized I enjoyed the process much more this time around. “Why’s that?” I asked myself.  I realized that I was in a much better mental state that during my initial training; a divorce finalized, a better relationship with myself, and a future I was excited about and ready to embrace. As cliché as it may sound, I was running toward something instead of away from it.

I run for my mental and emotional well-being. Running is like my best friend, my therapist, and my nemesis, all rolled into one.