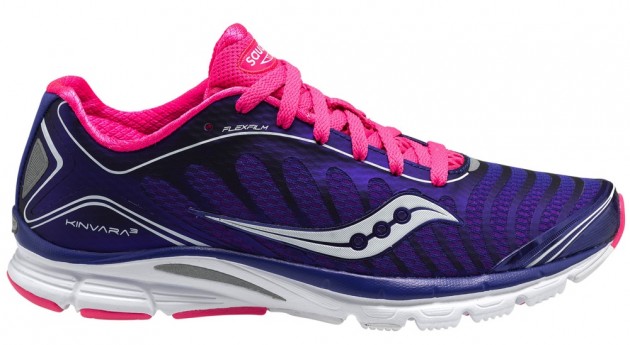 Nowadays we hear all this talk about “minimalism” and “natural running” but how does this relate to stability? How does it affect the kind of shoes we wear and how we run?

For starters, determining the kind of shoes that will fit your needs begins with your gait. For those of you who have a tendency to overpronate, or severely roll inward through the arches of your foot, you’ll likely need a stability shoe for extra support. The gait of a person who overpronates is affected by the unnatural angle of the foot, and the arches in the foot tend to drop and become flatter. This runner will likely need a shoe with a little more support than most minimalist shoes provide, although some are starting to incorporate stability with a low drop.

However, pronation is not an unusual demographic in runners; most runners naturally pronate to some extent. Runners with a more neutral pronation, or who only pronate inward through the arch of the foot to a smaller degree, will likely be able to run in a more neutral or even a neutral-plus shoe. A few specialty shoe stores also carry shoes more specifically appropriate for the few runners who supinate, meaning that they do not roll inward at all or even roll slightly outward in gait. Considering most “efficient” runners tend to forefoot strike, the minimalist (neutral) shoes have achieved a lot of notoriety on the market right now.

One of the most popular current minimalist shoes, made by Saucony, is the Kinvara 4. The Kinvara 4 is the fourth generation of the famous shoe, and has progressed in style and technology since the original version first appeared on shelves and on athletes. I have owned every version of the shoe and have been a devout fan of the Kinvara since the original. I loved the first and second generations of the Kinvara, and ran in them at a young age. I watched as the Kinvara quickly became popular and was even honored as one of Runner’s World’s favorite shoes of the year in 2012.

So when the third generation of the Kinvara hit the shelves, I rushed into my local shoe store and bought a bright pink and green pair. The first time I ran in them, they were extremely uncomfortable to me, and I was quite disappointed. I finished a long run in them only to find out that I had acquired a massive blister on my heel from the narrow heel on the shoe rubbing against my sock and skin.

After a few hundred blister Band-Aids and purchasing socks that would cover my heel, I did adjust to the shoe. They were generally pretty comfortable, felt like the classic Kinvara I had previously worn and loved, and overall I did enjoy running in the Kinvara 3. However, the amount of time it took me to adapt to the new fit with a narrow heel was inconvenient, and I would prefer a shoe I did not have to “break in.”

I was flipping through my new copy of Runner’s World when a foldout advertisement caught my eye: Saucony was coming out with a fourth generation of my beloved Kinvara! I immediately logged on to the Saucony website and began looking at the new technology. In all previous generations of the Kinvara, a mesh material called FlexFilm was used as the majority of the forefoot. In the Kinvara 4, more FlexFilm was added to the shoe to improve breathability and extra foot security through the phases of gait.

The additional FlexFilm makes the shoe’s forefoot flexible, yet also can be less durable of a material. The security and thickness of the material in the forefoot made the Kinvara 3 more durable than the Kinvara 4. As for the sole of the shoe, the Kinvara 4 is made with High Abrasion EVA (EVA+™), which is a popular alternative to rubber in minimalist shoes. XT-900 is also used in the sole of the shoe as an outsole material made of carbon rubber. The XT-900 is also on the sole with triangular lugs to help with traction and durability.

The Kinvara 4 also includes memory foam heel pads to provide padding and a snug, yet comfortable, fit for narrow heels like mine, and a HydraMAX lining that absorbs moisture for a comfortable fit. A final, significant difference between the Kinvara 3 and the Kinvara 4 is the PowerGrid versus the ProGrid. The ProGrid is placed in the heel insert and is used on impact, for more cushioning and shock absorption, along with the various foam materials in the sole. PowerGrid is a lighter weight yet more durable version of the ProGrid, and appears to be the biggest change in some Saucony shoes. With the new, lightweight PowerGrid, the Kinvara 4 weighs a total of 6.7 oz./ 190 mg (size 8), and in comparison, fits similarly to competitor Brooks PureFlow2.

Typically, average runners can get about 300-500 miles out of the Kinvara, and are advised to get a new pair about every four to five months based on how much they are training. As a three-season high-school runner, I find myself purchasing two pairs of the Kinvara at a time, and switching them out every other workout. I typically purchase a new pair of the Kinvara every two and a half to three months to avoid injury or wearing down the sole of the shoe too much.

The Kinvara is light, good for minimal running, and I highly recommend it to distance runners who are looking for a training shoe and don’t mind getting a new pair every couple of months.

Sophie Ebihara is a sophomore at Cardinal Gibbons High School who runs varsity cross country, indoor track and outdoor track under Coach Nick Mangum. Sophie is currently interning at Inside-Out Sports. She is a 2013 3A state champion in the two-mile, and made the All-Metro athletes list as a freshman. Currently, she is ranked Top 25 All-Time in North Carolina.