Run for Your Life

Run for Your Life 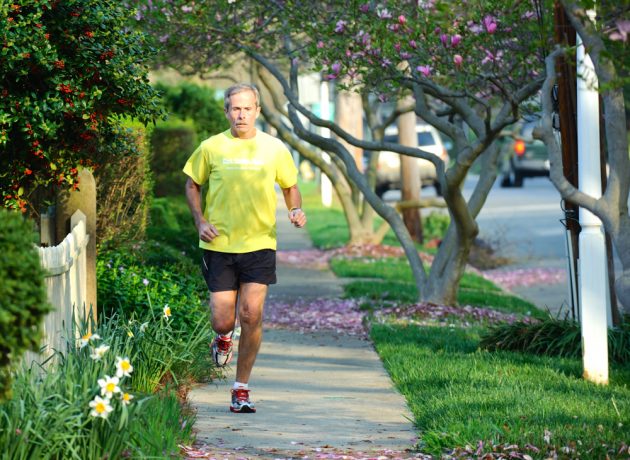 Here’s another reason to lace up those shoes and hit the road: You may live longer. Running has already been shown to reduce your risk of cancer and heart disease, and now a study finds that people who run tend to live three years longer than non-runners.

The researchers looked at available data to determine whether other forms of exercise, such as walking and cycling, provided the same benefit as running. While they found that those exercises did extend longevity, the improvement wasn’t as significant. Walking and cycling, however, did appear to drop the risk of premature death by 12 percent.

The researchers calculated that a one-hour run might translate to an additional seven hours added to a person’s life. This benefit holds true no matter how fast or far you run. Altogether the gains peaked at three years, and improvements in life expectancy plateaued at about four hours of running per week, according to the study. For avid runners, this means that running more than four hours weekly won’t reap you added benefits, but they won’t hurt either.

For the weekend warrior-type, just two hours of running per week at any speed or mileage can increase your lifespan by three years.

The study didn’t show a direct link between longevity and running, only that people who run tend to live longer lives. In general, runners tend to have other healthy lifestyle behaviors, which would also impact their longevity, such as maintaining a healthy weight and not smoking.

Runners who participate in other forms of physical activity in addition to running also faced the same lowered risk for premature death, according to the researchers. In fact, the American College of Sports Medicine recommends a mix of physical activity including 150 minutes a week of cardio as well as resistance, flexibility and functional fitness training two to three times a week.

Two of the authors of this study wrote another research paper in 2014 that found running five to 10 minutes a day at a pace of less than 6 miles an hour reduced the risk of heart disease and early death from all causes.

Is running the best exercise for a person?

“Running is the most efficient form of exercise,” said Dr. Chris Christakos, a family and sports medicine specialist at Novant Health Forysth Medical Center in Winston-Salem, North Carolina. “Cycling and swimming are also good forms of exercise, but some people may not have access to a swimming pool.”

Many runners say they experience a “runner’s high” when jogging. That is due to a kick in endorphins, which cause a euphoric state, Christakos said. When a runner achieves this state varies by the individual. “It can also be caused by an emotional state due to setting and reaching a goal such as training for a 5K race,” he said.

Runners are often susceptible to injury. Common problems are shin splints, knee problems and lower back pain, the doctor said. “This can be addressed by working on technique and engaging in physical therapy,” Christakos said. “Proper footwear is very important.” The doctor recommends getting fitted for the right shoe at a store that specializes in running footwear to reduce the incidence of injury.

He also warns novice runners not to increase mileage too rapidly. “Start slowly and gradually build up your distance in order to avoid injury,” Christakos said. Warming up muscles prior to running will also reduce injury, as will stretching quadriceps and hamstring muscles after running. A foam roller to massage the legs following a run is a good investment as well.

When running, Christakos said it’s important to listen to your body and not overdo it. Runners should limit running to three to four days a week, he said, and do weight training exercises on other days. “Not everybody is built to be a marathoner,” he said. “If you are prone to injuries, reduce your distance.”