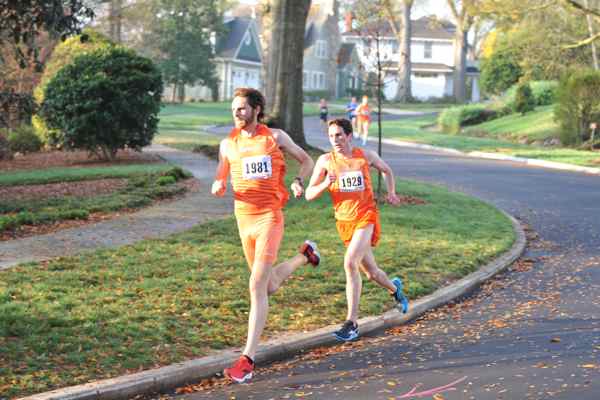 St. Patrick’s Day in Durham saw a downtown parade, two local Irish festivals, and the Equinox 4 Mile Road Race, which served as this year’s NC USATF Endurance Magazine 4 Mile Road Running Championship. When the dust settled it was David Jankowski and Alissa McKaig, both Blowing Rock residents and both members of the ZAP Fitness Olympic development team, who picked up the victories and the state USATF titles.

In the men’s race, after an opening two miles in 9:30, Jankowski took the lead from ZAP teammate Jesse Cherry (a 2010 High Point University graduate) in the third mile en route to a winning time of 18:53. The women’s race was largely decided in the opening mile with McKaig (who recently finished 8th at the Olympic marathon trials) taking an early lead on her way to a winning time of 22:10. “The race was great,” said McKaig. “The rolling course and finish up the Tobacco Trail made for great spring racing. Hats off to race director Michael Moverman!”